Check Engine Light - What is it?

In simple words, what is it and what do you do? 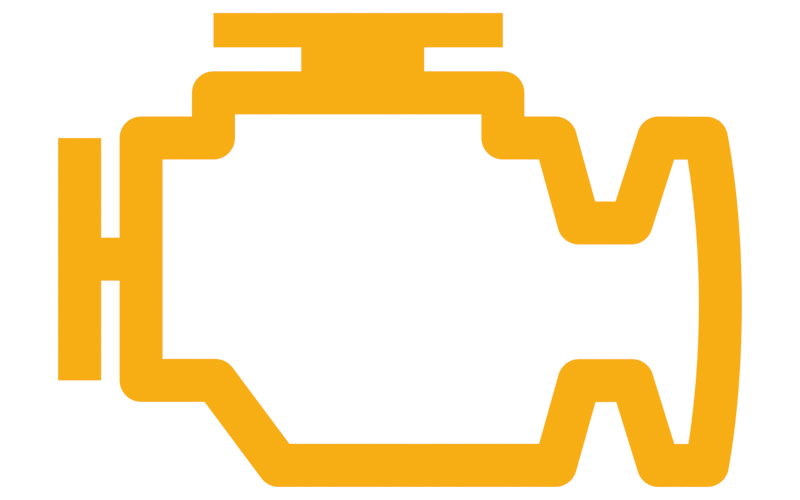 So if you’ve just looked at your dash and noticed a check engine light turn on DON'T PANIC and take a deep breath. It may just be a simple free fix so read on and gain a little knowledge that might just save you $$$!

Think of a Check Engine Light as a message, kinda like a text or an email from your vehicle’s onboard computer.  The good news, almost all vehicles from 1996 till now have standardized their computers called Electronic Control Units (ECU’s) and a “message language” that lets the user know when something isn’t quite right with the vehicle.

When the onboard computer detects something different worth noting in the engine, transmission, even things like a gas cap or brakes,  it will turn on and illuminate your check engine light.

In most vehicles, the onboard computer is also designed to add severity when turning on this light. A blinking light usually means something very serious that requires immediate professional attention, such as a misfire, timing, oil pressure drop, all that could lead to complete nailure, timing, and a solid light can be several different colors like orange, amber, red, all based on what the issue is and how quickly it needs attention.  In all cases, if you see this light come on you should immediately respond.

Now we know what the light is, and how our vehicle is designed to tell us when it needs attention, the next question is what attention does it need?  You get this answer you can bring it to a qualified mechanic who will use

Not all ways to turn this on are the same, and this is because the vehicle can often detect pro

Ithat uses the same dialect called fault codes, basic language telling you that something isnt quite right.  computer called an Electronic Control Unit  from your vehicles computer called an ECU or in geek speak, electronic control unit. da like an email or a text from your vehicles computer to YOU!  It’s telling you that thinthe result of your vehicle’s onboard computer called a electronic control unit (ECU) sending a message to illuminate this light and bring awareness that something isn’t quite right with either your engine, transmission,  light come on?   The vehicle’s computer is responsible for watching over how your engine and transmission are performing, as well as a bunch of other things in may veis a small device in a vehicle's body that is responsible for controlling a specific function. ... An ECU receives inputs from different parts of the vehicle, depending on its function. engine lights will come on for a verity of reasons, and they all come from your vehicles computer.

From 1988 till now, vehicles produced have on-board computers called an Electronic Control Unit, or ECU.  These computers have some standard messages built in and often called dardized set of fault messages built into them and the computers that run your vehicles use these to complain when things are not performing perfectly. These messages are called fault codes, because there was a fault in the way they are things are working now. working now, and thatso technicians can plug in a device called a OBD scanner.

Suggested Articles
The “Service Engine Soon Light” – Not as Dreaded as You Think!